A Modern View of Risk

The task of defining risk is not as simple as one might think. Economists, statisticians, actuaries, as well as, behavioural scientists each have their own concept of risk. In the general population the common perception of risk can best be described as the uncertainty behind the occurrence of a loss or a negative event. Therefore, historically risk has been defined in terms of uncertainty. For instance, the risk of getting into a car accident exists because there is uncertainty present during the act of driving. As mentioned above, different occupations which deal heavily with risk-related topics have their own definitions. However, for our purposes, we are defining risk according to the interpretation within economic and financial literature:

Second, although risk is commonly used to define uncertainty regarding the outcome of a negative event, in the economic sense risk is used to describe both positive and negative deviations from an expected outcome. And in the economic usage, the commonly used definition for risk, is mostly described as chance of loss or “loss exposure”. Figure 1 shows a graphical illustration of this important concept:

A first reaction to this definition might be the question of why a risk manager would ever be concerned about a “positive” deviation from a target value? The example given in Figure 1 is a good demonstration of a real-life scenario: An important task of corporate risk management is the reduction of the variation of cash flows and earnings as part of the overall efforts to increase the planning security of a company. Most tax systems are designed in a way that companies with volatile profits have direct competitive disadvantages compared to those with stable continuous profit development. This is mostly due to tax systems with increasing marginal tax rates. However, even with a flat corporate tax rate, frictional costs may occur from the fact that profits are taxed rather immediately, but deductions for loss carry-overs cannot be claimed as fast.

There are some additional terms and concepts which are frequently encountered and thus, important to differentiate from each other as some are often used incorrectly by those outside the profession of risk management. Additionally, although we are trying to keep it at a minimum, there will be some mathematics which is necessary for further familiarisation with risk topics. 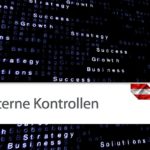 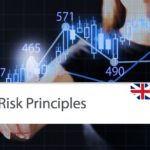 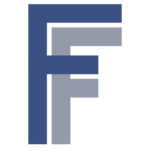 Not a member yet? Register now

Are you a member? Login now

This website uses cookies to improve your experience while you navigate through the website. Out of these cookies, the cookies that are categorized as necessary are stored on your browser as they are essential for the working of basic functionalities of the website. We also use third-party cookies that help us analyze and understand how you use this website. These cookies will be stored in your browser only with your consent. You also have the option to opt-out of these cookies. But opting out of some of these cookies may have an effect on your browsing experience.
Necessary immer aktiv
Necessary cookies are absolutely essential for the website to function properly. This category only includes cookies that ensures basic functionalities and security features of the website. These cookies do not store any personal information.
Non-necessary
Any cookies that may not be particularly necessary for the website to function and is used specifically to collect user personal data via analytics, ads, other embedded contents are termed as non-necessary cookies. It is mandatory to procure user consent prior to running these cookies on your website.
SAVE & ACCEPT
error: Content is protected !!